A novel, site-specific, DNA backbone phosphorothioation has been discovered, and determined that it exists in widespread bacteria of variable origin and diverse habitat. The discovery is based on that high G+C gram-positive bacterium Streptomyces lividans 1326 contains DNA that is degraded by oxidative cleavage during electrophoresis in Tris-acetate buffer. A dnd gene cluster can replace the non-bridging oxygen in the DNA sugar phosphate backbone with sulfur to form a phosphorothioate linkage in a sequence- and stereo-specific manner. This unprecedented DNA sulphur modification seemed to have opened up a fascinating new field of research with potential relevance to the understanding of DNA damaging and repair agents.

Microbial secondary metabolites with structural diversity, biological diversity and activity-producing strain diversity, plays an important role in the research on the agricultural and medical antibiotics and their development. We are taking extreme environmental microbes (eg, addicted to pressure, addicted to pressure) or symbiotic bacteria as the main source to target major diseases, screening, and carrying out the purification and identification of biologically active microbial secondary metabolites with novel structures. 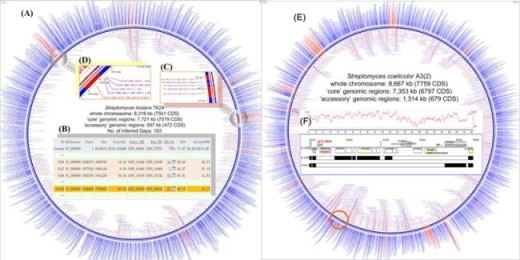 In silico ‘subtractive hybridization’ of Streptomyces lividansTK24 against its close relative S. coelicolor A3(2) by using mGenomeSubtractor

Streptomycetes are Gram+ soil bacteria which are notable for their production of numerous secondary metabolites including anti-tumor agents, immunosuppressants and over two-thirds of all natural antibiotics. Streptomycetes has a complex lifecycle involving mycelial growth and spore formation. Both of the morphological differentiation and the secondary metabolism occurred at late growth phase, triggered by physiological and environmental signals, coordinated by a complex gene expression regulatory network. Using the modelorganism Streptomyces coelicolor A3(2) and the validamycin industrial producer as examples, and combining molecular biology and functional genomics approaches we are striving to understand the genetic regulation of morphological development and secondary metabolism in Streptomycetes.

Recent studies found that microbial metabolites not only can regulate their own growth and development (geosmin from Streptomyces, etc.), but higher plants in many different functions, like growth promoting, disease resistance and abiotic tolerance enhancing (2,3- butanediol form Bacillus subtilis), etc.   The research of this field focuses on the complicated metabolites from actinomycetes to identify signal molecules and investigate their biological effect on higher plants, animals by meanings of chemical ecology and functional genomics. Research in this field will help understand the interaction between microorganism and their host plants, the origination and evolution of this kind of interaction, especially the endophytic actinomycetes. Relevant research will pave the way for the efficient mining for the microbes producing target bio-pesticides and human medicine. 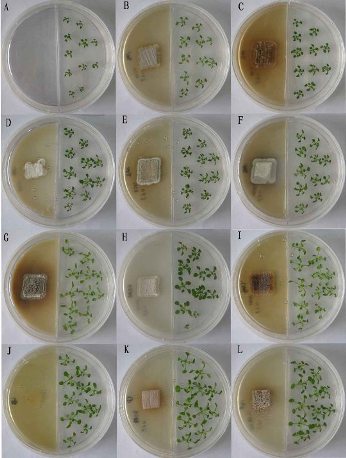